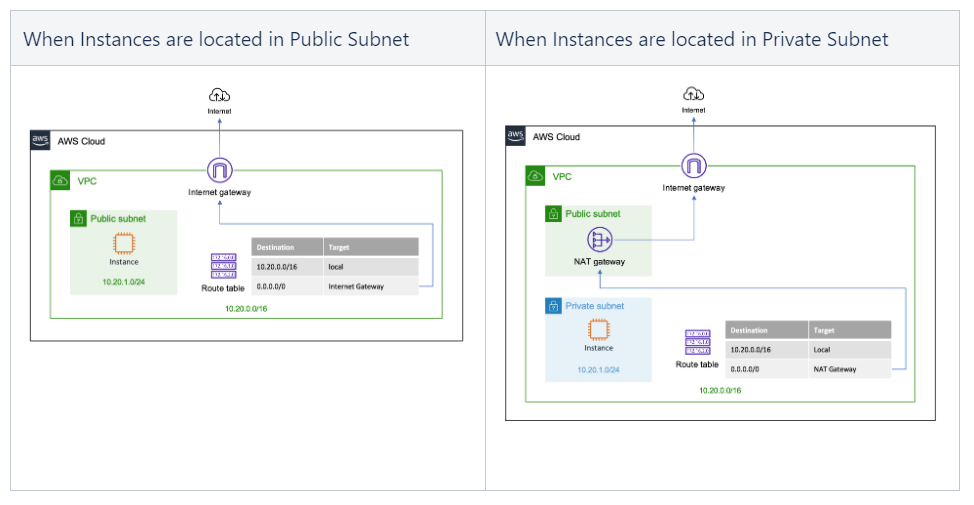 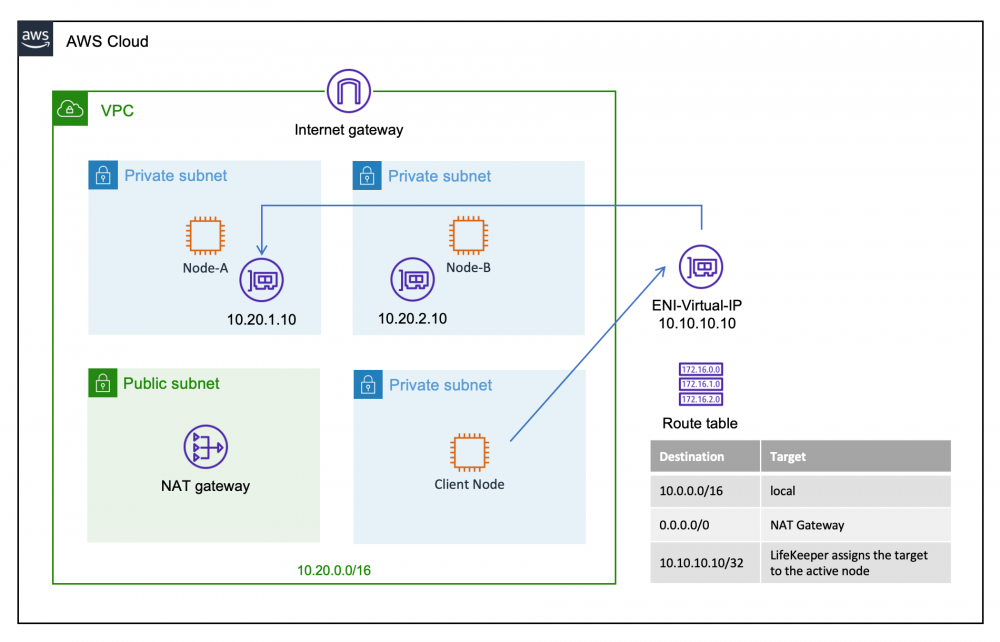 Once a new destination outside of VPC CIDR has been defined, LifeKeeper can change the target of this route to the active node (either 10.20.1.10 or 10.20.2.10 in the example configuration shown above). A client node should simply look for 10.10.10.10 as the destination and the routing table guides the traffic to the active node. The routing table is updated dynamically by SIOS’s Recovery Kit for EC2.