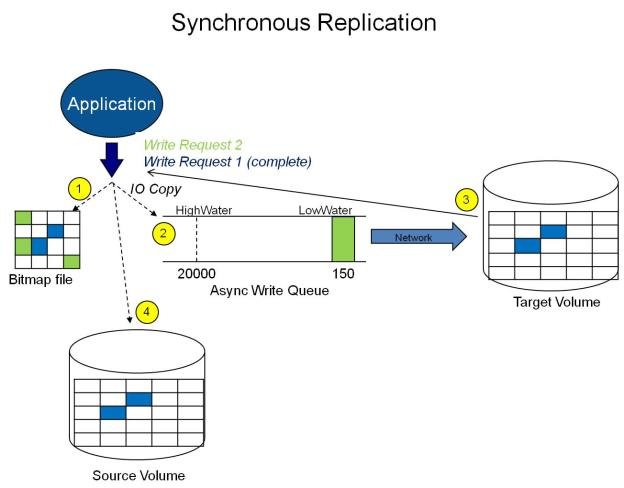 In most cases, SIOS recommends using asynchronous mirroring. With asynchronous mirroring, each write is intercepted and a copy of the data is made. That copy is queued to be transmitted to the target system as soon as the network will allow it. Meanwhile, the original write request is committed to the underlying storage device and control is immediately returned to the application that initiated the write. (Note: Certain database applications may send flush commands causing DataKeeper to perform in a synchronous manner. To prevent performance from being impacted in such cases, the registry entry “DontFlushAsyncQueue” may be set.) 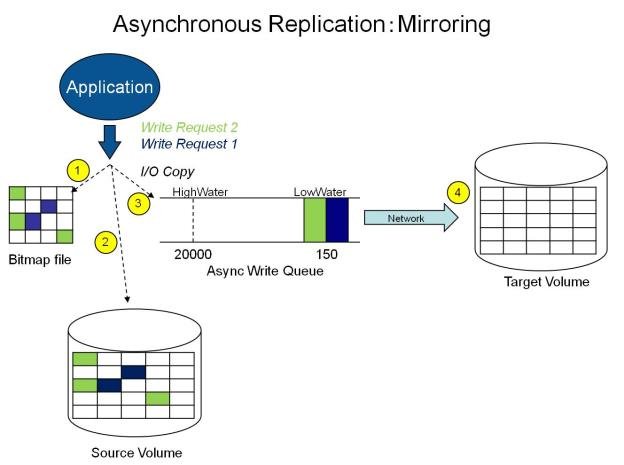 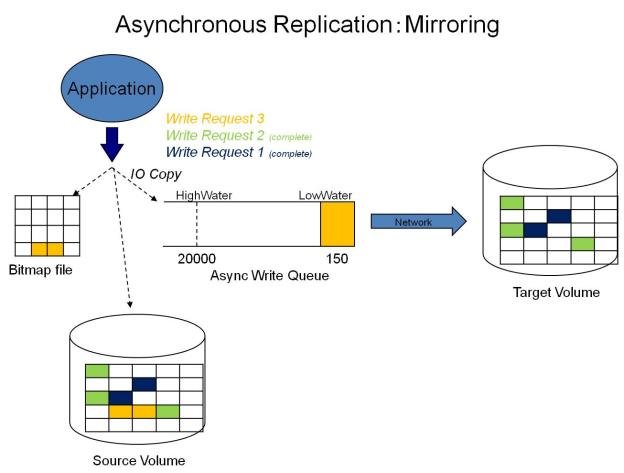 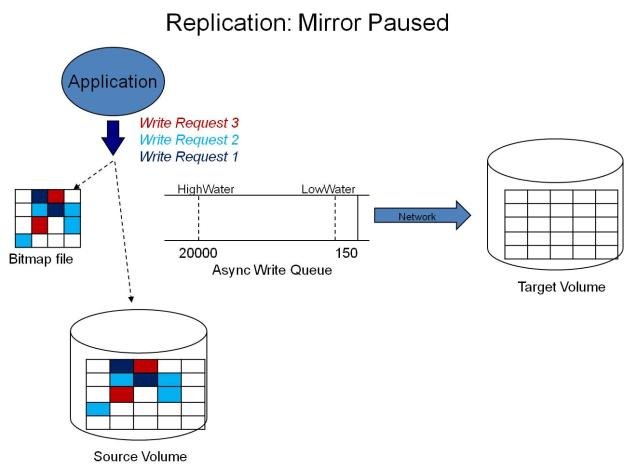