There are several public cloud platforms including Amazon Web Services (AWS), Microsoft Azure and Google Cloud. While there are many similarities in their infrastructures, there are some differences. In many cases a VPC (Virtual Private Cloud) or a VNET (Virtual Network) that is tied to a region is created. One or more VPCs may be defined for a logical group of applications. By so doing, different systems are divided into separate unconnected networks unless different VPCs are specifically connected. 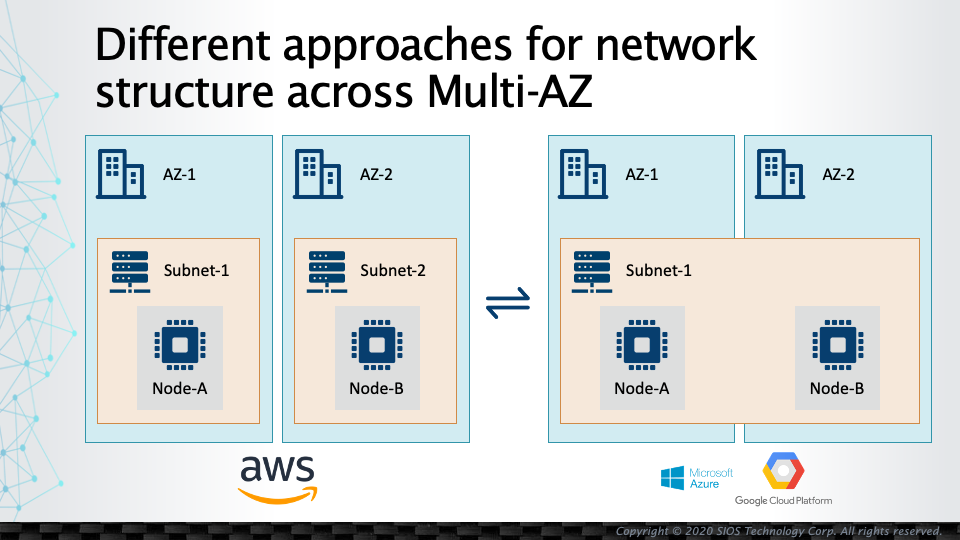