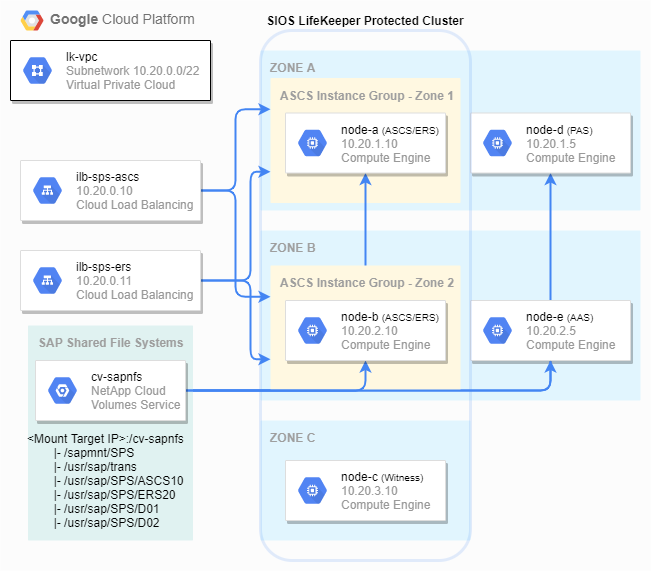 This section assumes that the following prerequisite steps have already been completed:

!If deploying in Google Cloud, the “RedHat Enterprise Linux 8.2 for SAP Applications” boot image must be used in order to successfully follow the steps in this guide. Due to networking differences between boot images, the workaround script described in the Enabling Load Balancer Traffic from Backend Servers section of GCP – Using an Internal Load Balancer may cause unexpected behavior on VMs running different operating systems.