Refer to the AWS documentation for more information.

In this section, we will define two “allow” rules as follows:

*Note: Once a production environment is defined, the instances may belong to different security groups. In this case, a corresponding “allow” rule between security groups should be defined.

Once the values are confirmed, click “Create security group” at the bottom right. 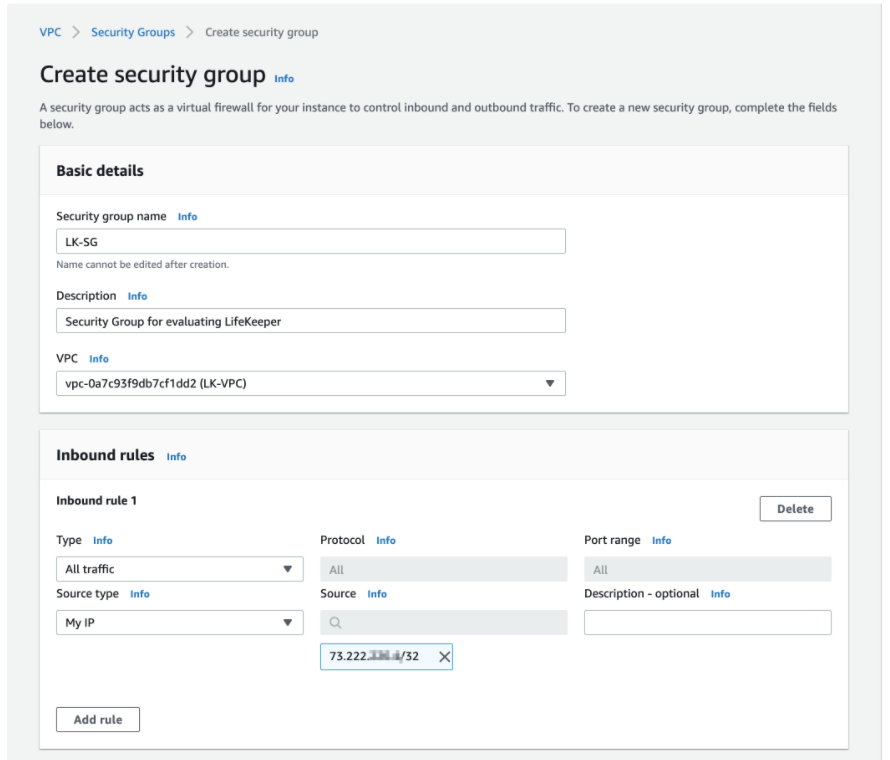 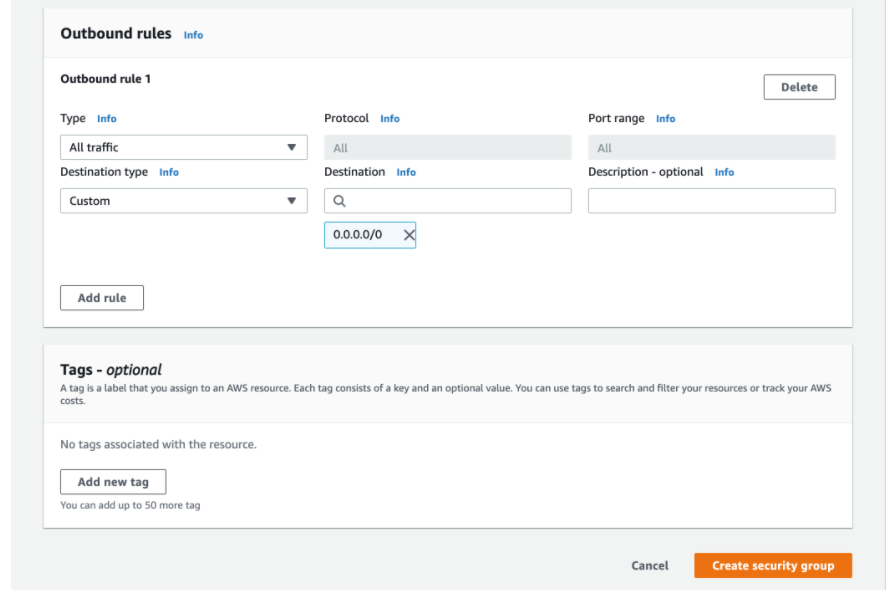 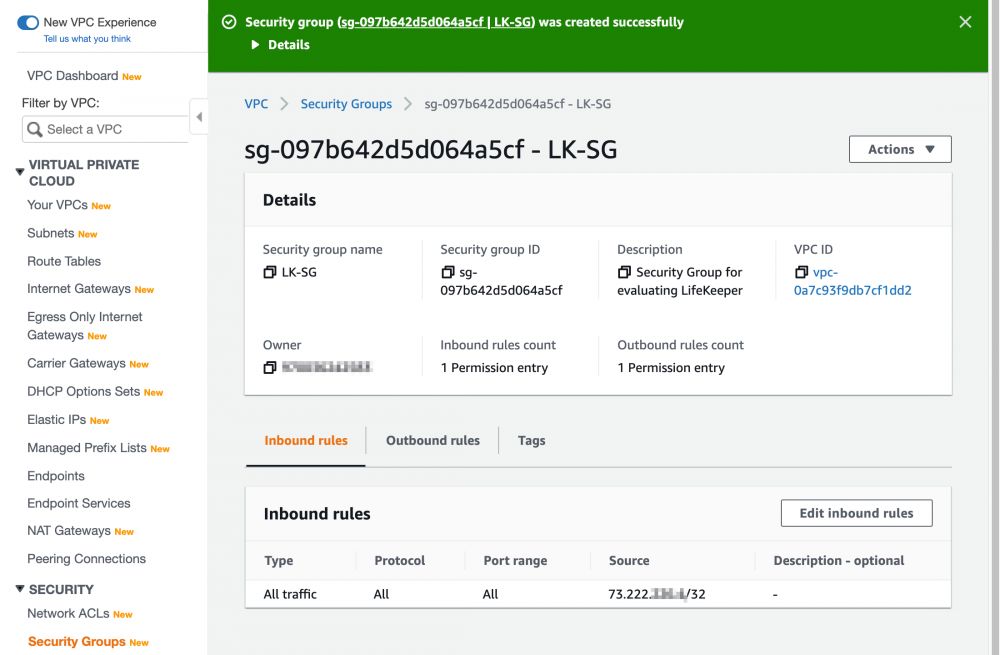 Once the change is confirmed, click “Save rules”. The Security Group is now created.